The Rookie Moms recently shared a post by Olivia at Bustle entitled What I Instagrammed vs. What was Really Happening, or My Entire Life is a Lie.  If you’re in the mood for a laugh, it’s pretty funny. She pokes fun at herself, and the rest of us, because we tend to use social media to present the very best possible image of ourselves. So, Olivia shared some of her Instagram photos along with 2 descriptions for each: what it looks like she’s doing, and what she’s actually doing/thinking.

The Rookie Moms thought a mom-version of this would be a really fun idea, and I couldn’t agree more. Here’s my version of Instagram vs. Real Life. 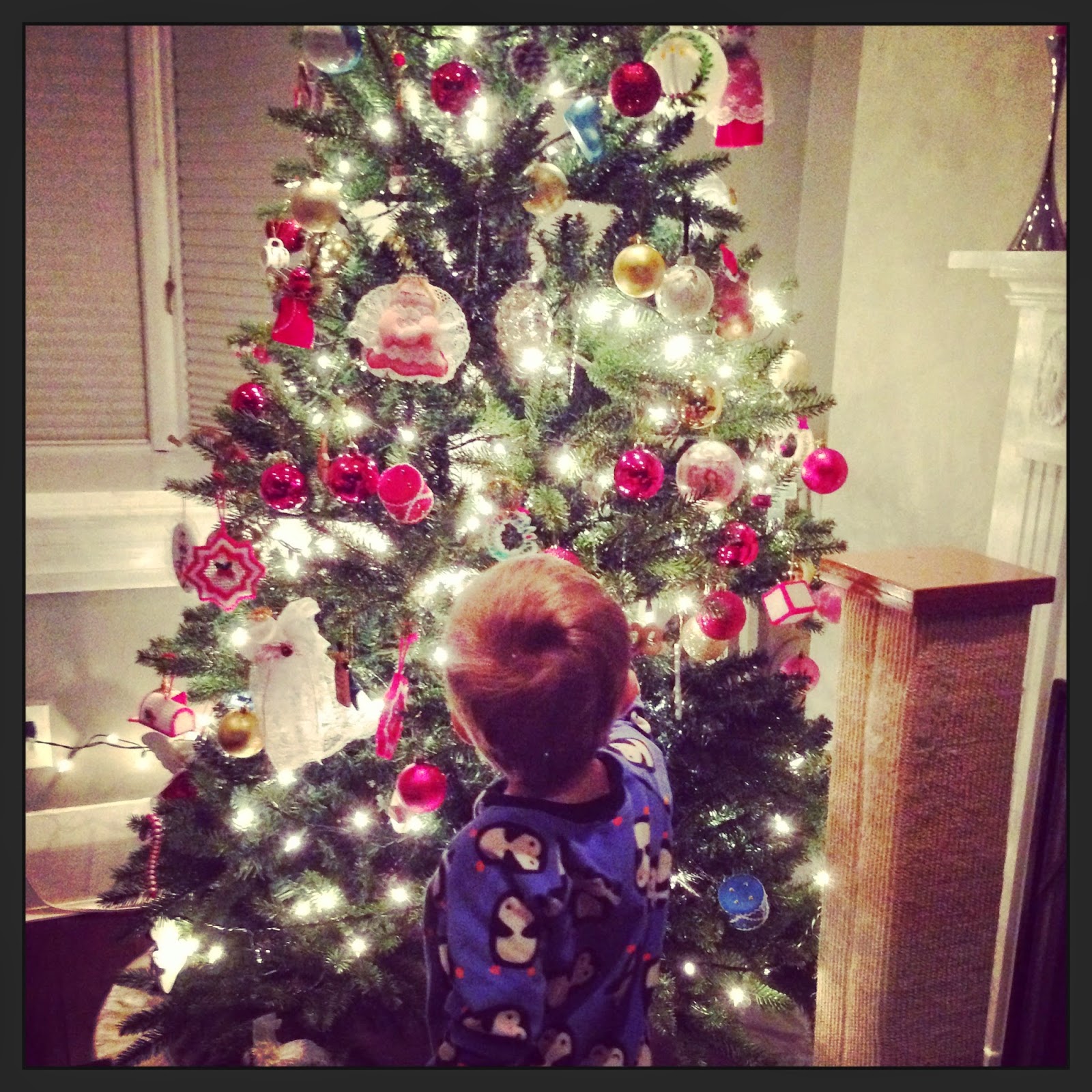 What it looks like he’s doing:
Ah, Christmas morning! The Christmas glow and spirit is upon my son. Our Christmas tree is so beautiful that he looks up in wonder as he admires an ornament. Look how well-behaved he is by the tree.

What he is actually doing:
Probably about to rip off the one valuable ornament I forgot to put above his little reach. It’s a shot of the back of his head because he was wicked sick the day I took this picture and has snot all over his nose. Nonetheless, I thought I had a nanosecond to try and recreate this picture from Pinterest (as long as I added the right filter). Also, he was in his pyjamas because he wasn’t feeling well, and it wasn’t taken on Christmas morning. 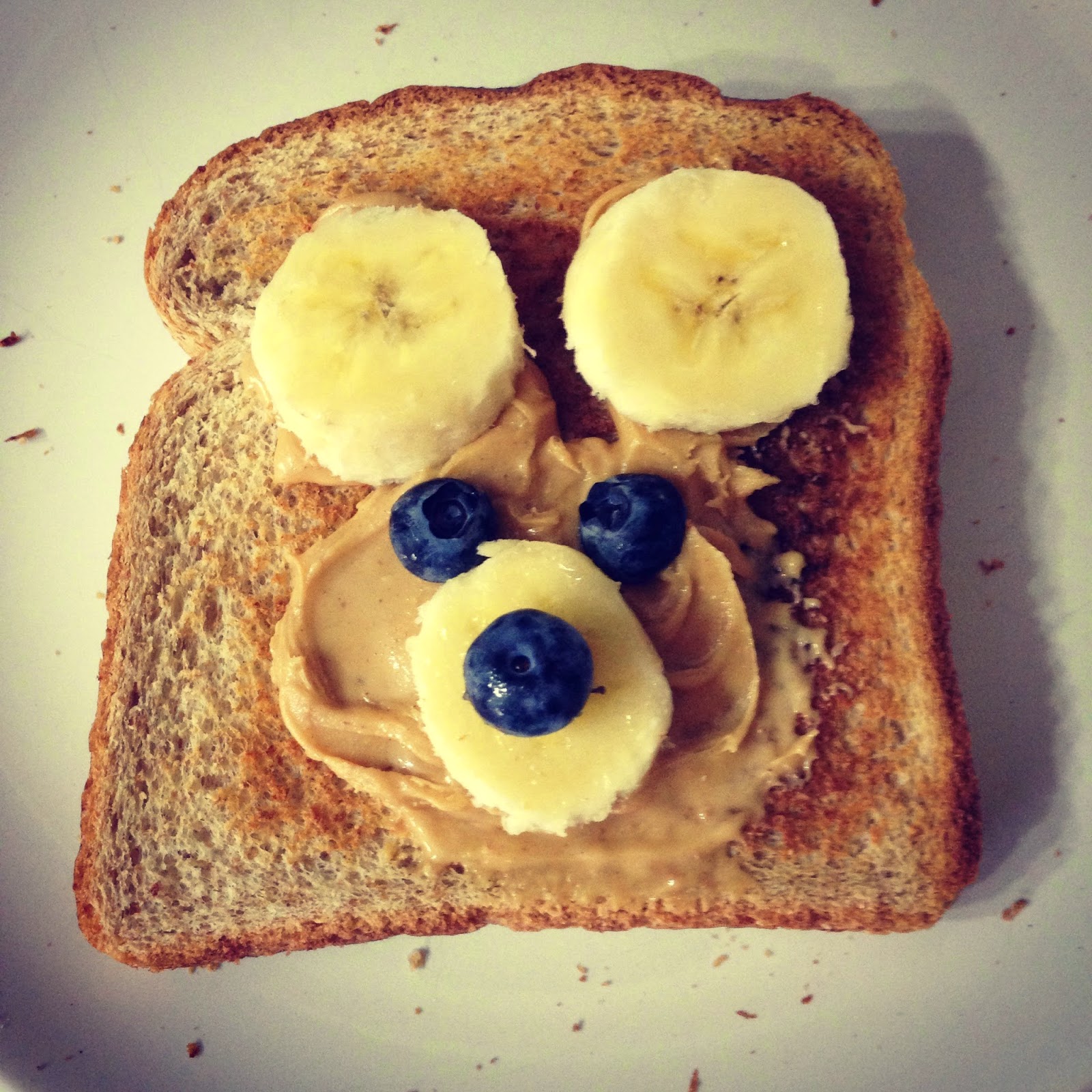 What it looks like I’m doing:
I’m clearly one of those awesome Pinterest moms because I made the toast look like a bear. My son giggled when he saw the cute bear and ate this up with glee while drinking organic milk.

What is actually happening:
Despite loving toast, peanut butter, bananas, and blueberries, my son wanted nothing to do with this snack and couldn’t have cared less that it looked like a bear. I don’t remember what he ate instead. Probably goldfish crackers. 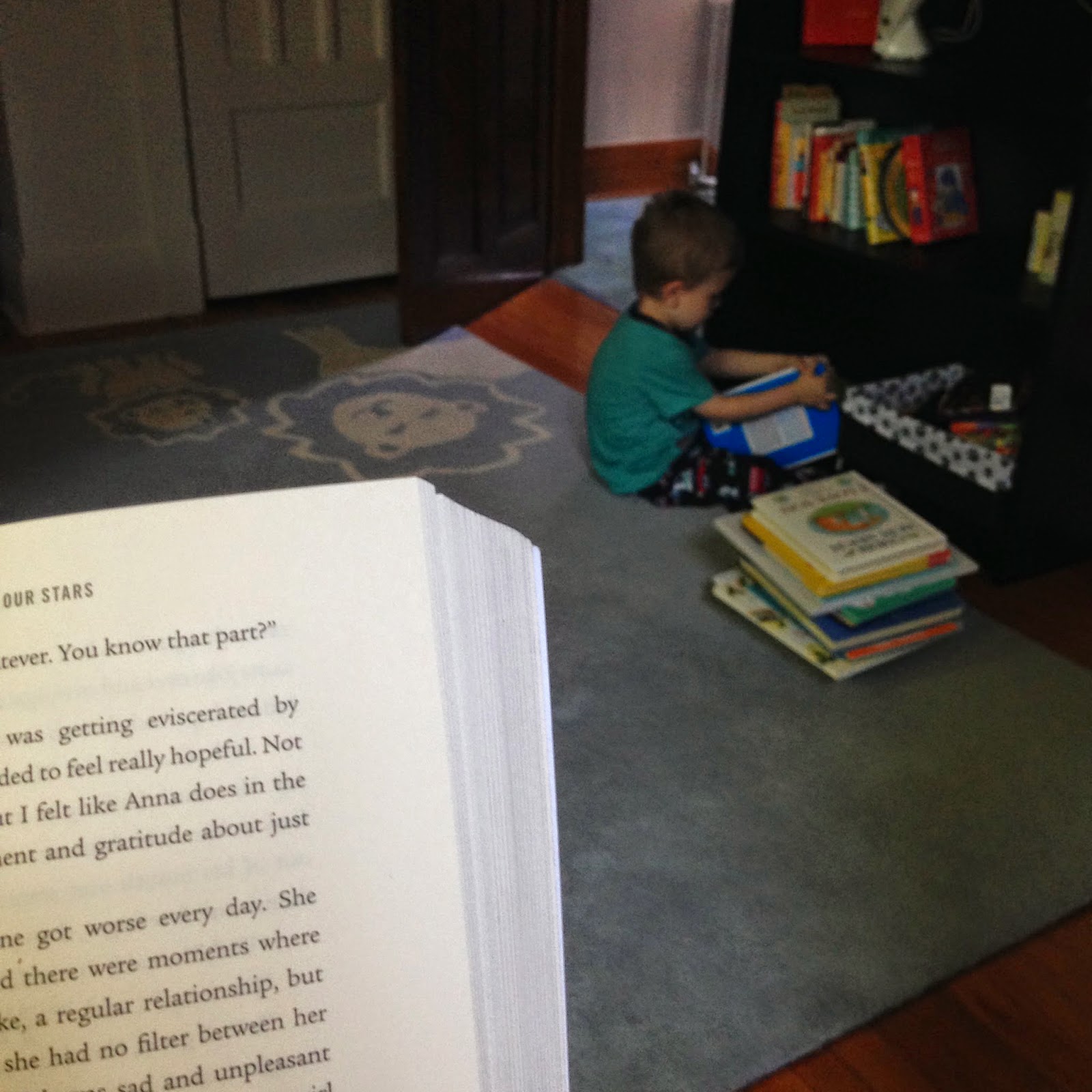 What it looks like he’s doing:
My son loves to sit and read his books by himself. He is clearly gifted. I don’t want to get in his way, so I’ll just sit in the chair and read my own book while he continues to teach himself new language skills. We spent the whole morning like this, just reading our books in the quiet.

What we’re actually doing:
Seb does love to sit and read and stack his books, but once that pile tips over, it’s game over. I think I read about 2 paragraphs of my book before that happened. Also, I’m trying to take this picture in secret because the second he sees the phone, he’ll just want to look at pictures and videos of himself. 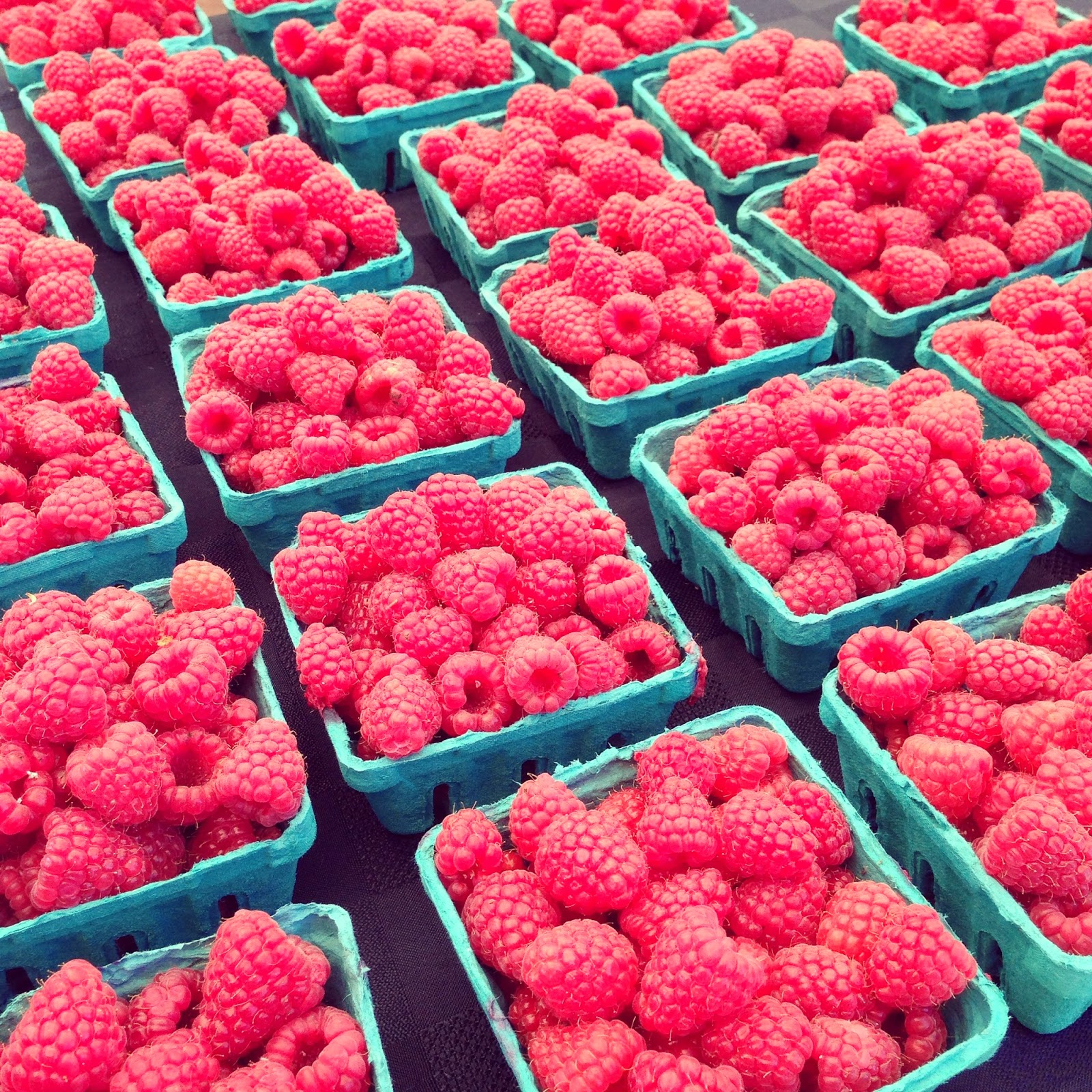 What it looks like I’m doing:
Fresh fruit! I’m picking up some yummy local raspberries like I do every single week, because I always have time to go to the farmers’ market. We have kale smoothies for breakfast daily and only eat local foods and healthy snacks in our house.

What we’re actually doing:
Seb had been sick (again), so I put him in the stroller and headed to the farmers’ market to get out of the house for a bit. I also needed to snap a few farmers’ market pics for a post I was writing over at the Ruralist that we didn’t even end up needing. I bought the raspberries only because I felt guilty about taking a picture of them and not actually buying anything. 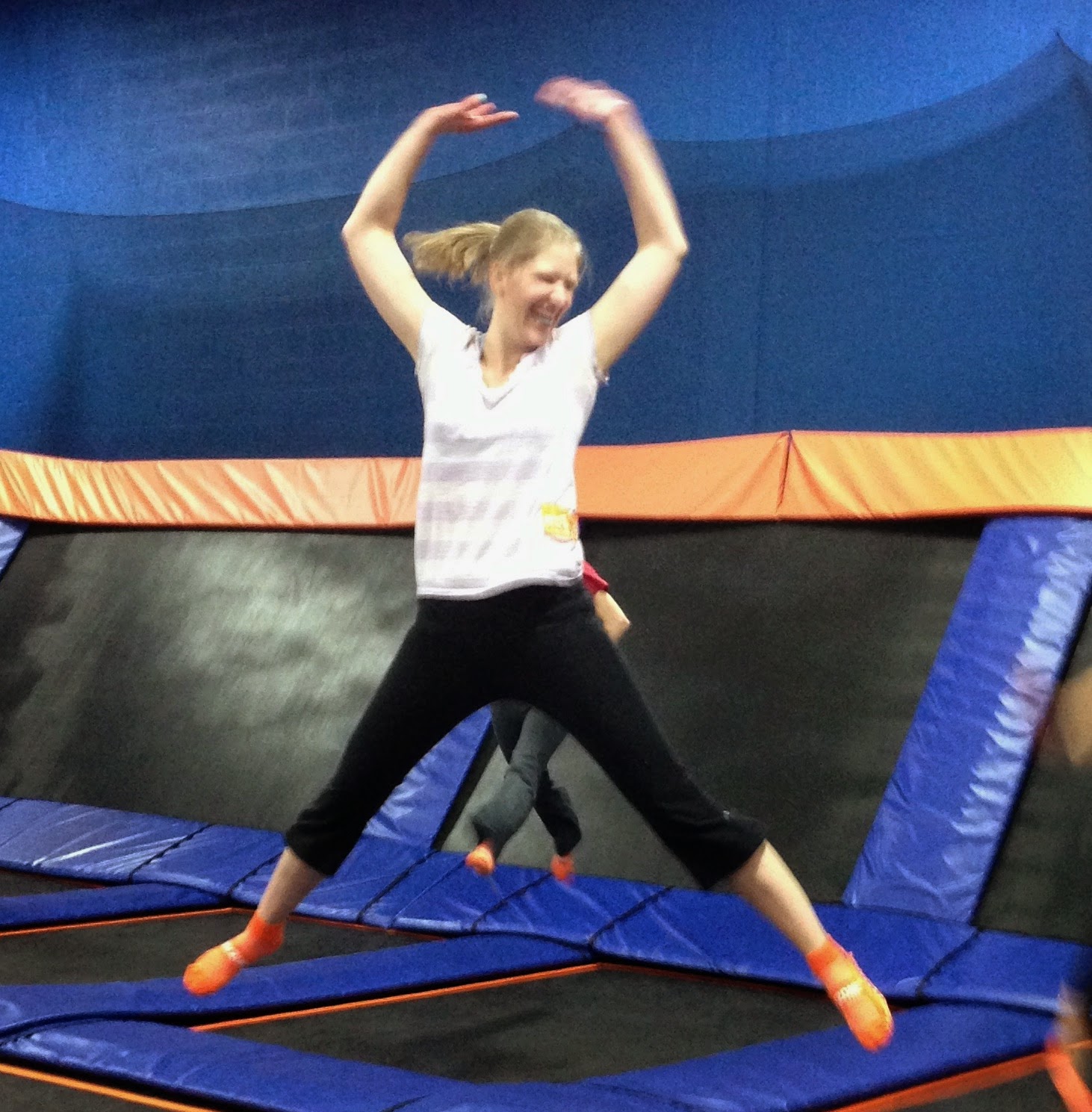 What it looks like I’m doing:
Having a night out with friends at Skyzone. Jumping on a trampoline like it’s no one’s business.

What I’m actually doing:
Realizing that since giving birth, I can’t jump on a trampoline without peeing a little bit. 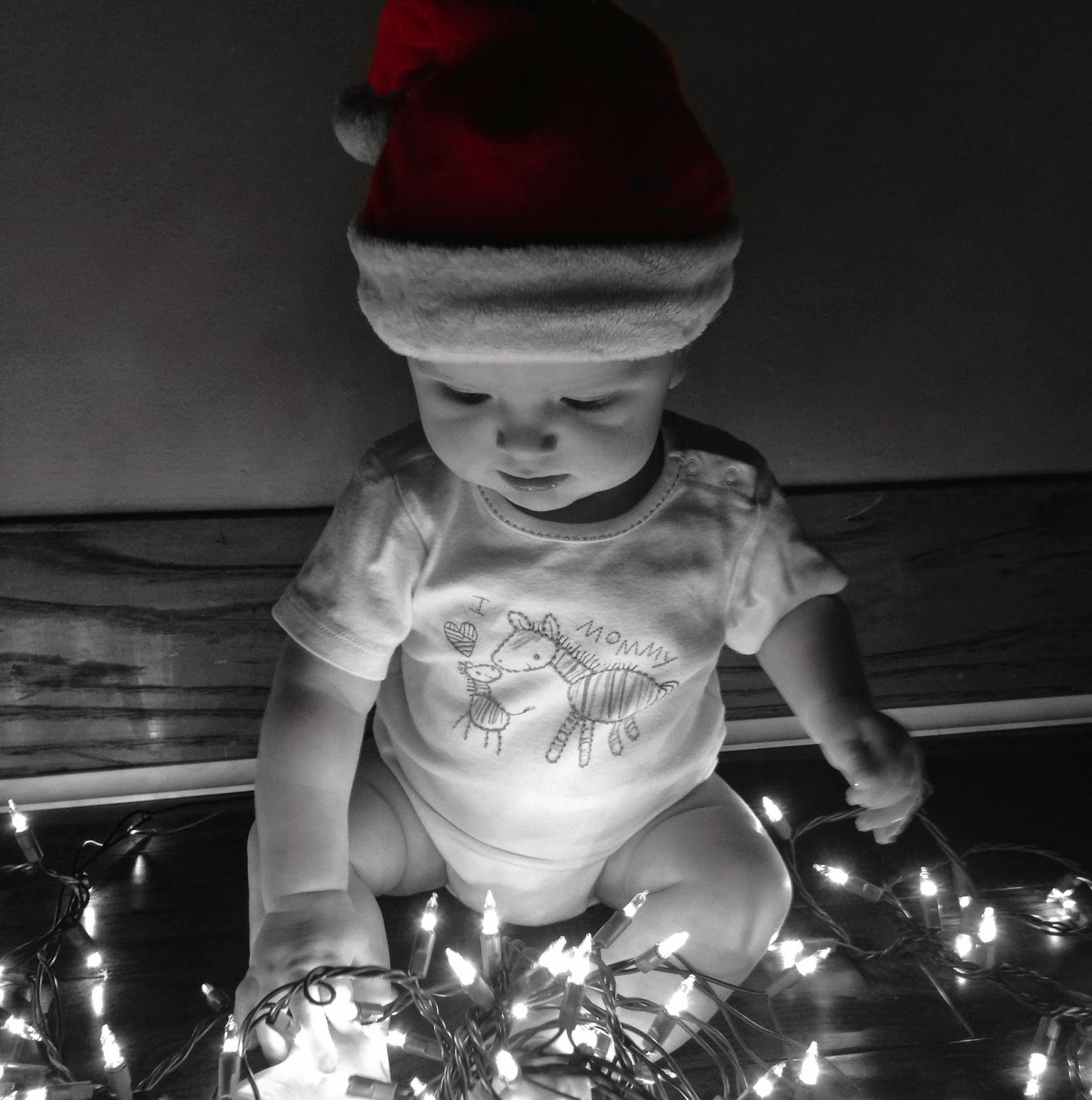 What it looks like he’s doing:
We’re setting up the Christmas tree, and it’s Seb’s first Christmas so he’s helping. He picks up the lights as if he’s picking up a handful of magic and love, so I sneak in a quick photo of him to capture this special moment.

What we’re actually doing:
This has been totally staged because, again, I wanted to try and recreate a photo I saw on Pinterest. We had to keep reminding Seb not to chew on the lights. My husband spent the whole time I was taking these pictures looking at me like I was crazy. 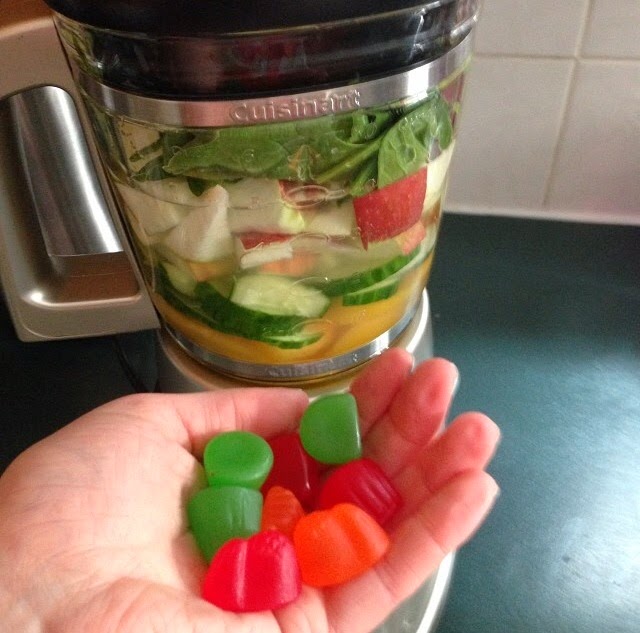 What it looks like I’m doing:
I can totally eat these 8 little jube jubes because check out that massive healthy smoothie I’ll be drinking as well. Cucumber, spinach, apple…all yummy things! I drink smoothies like this all the time and only have jube jubes as a special treat which is why I took a picture of them.

What I’m actually doing:
I ate waaaaay more than the 8 jube jubes in this picture. This smoothie was actually the beginning of a 7-day “real food only” challenge I was starting the following morning. I lasted about 2 days of the challenge before I caved and ate chocolate that was in the office at work. 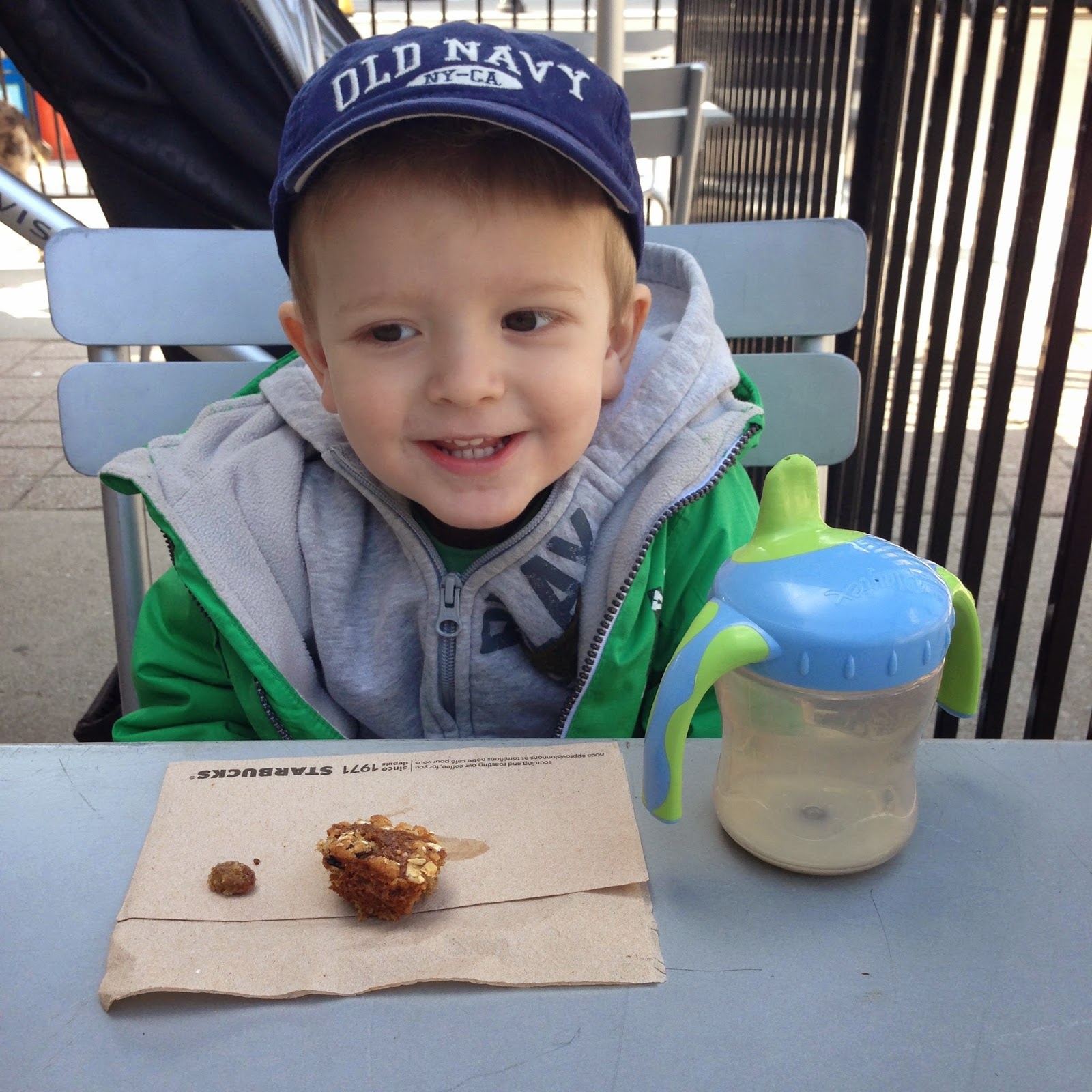 What it looks like we’re doing:
It’s so easy to take my toddler to Starbucks for breakfast. He drinks his milk and eats his muffin while sitting calmly on the chair and watching the people and dogs go by. I slowly sip my non-fat latte with no sense of urgency whatsoever.

What we’re actually doing:
My husband was away with the car, so I needed a stroller-friendly activity and wanted to kill a few extra minutes before we inevitably ended up at the park. Seb is eating my muffin because it’s the only way he’ll sit still on the chair. Moments after this picture was taken, the muffin was finished, and we were off to the park. I think that’s where I finally got to drink my latte. 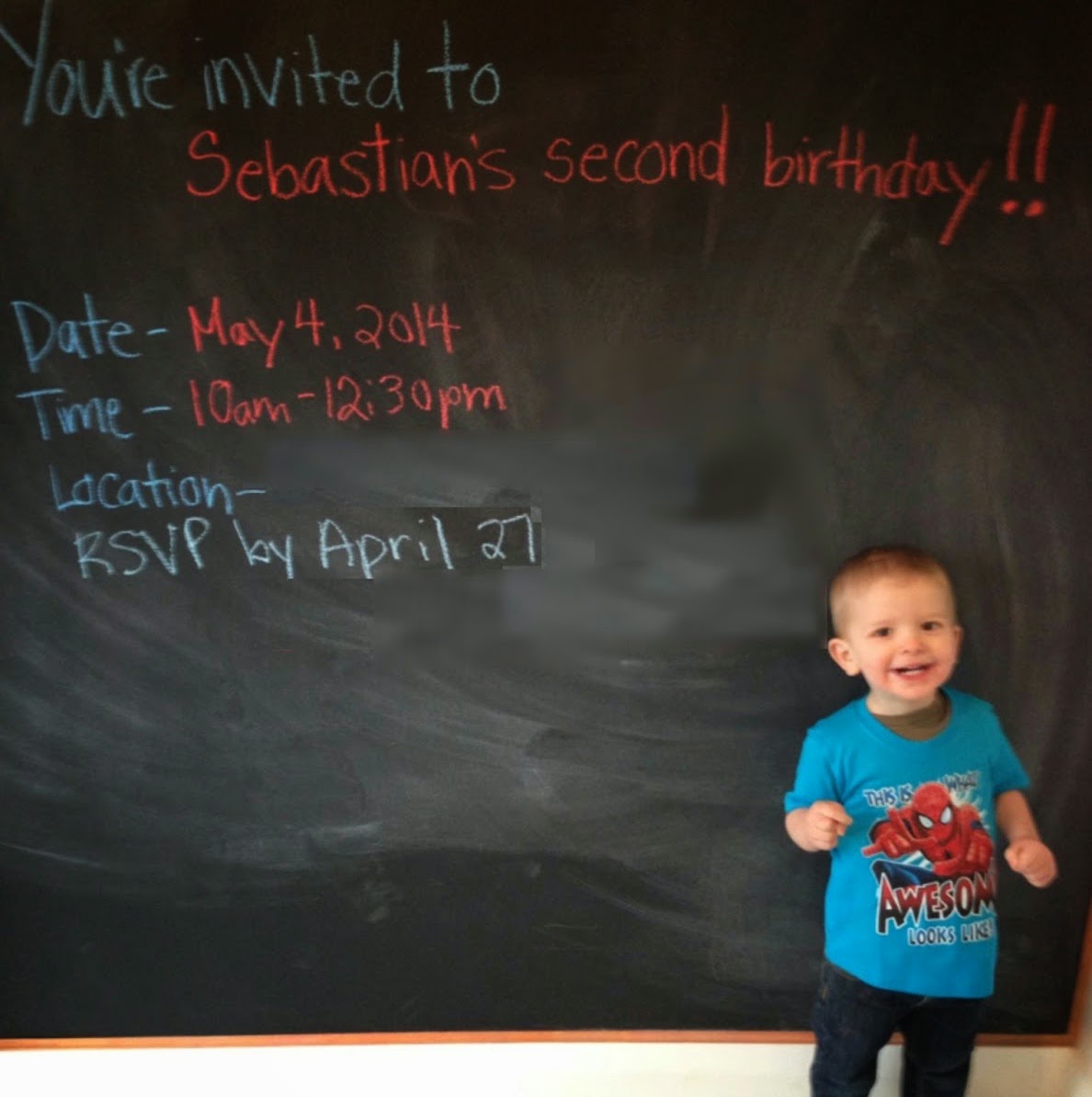 What it looks like we’re doing:
We’re so crafty around here we can make our own birthday invitations on the chalkboard wall. We do this kind of thing every day. Right after we get back from toddler and me yoga. It’s no big deal. Seb couldn’t be happier to have a Spiderman party so, of course, it only took one shot to get him standing by the wall and smiling in his Spiderman shirt. Speaking of the t-shirt, can you see how happy he is wearing it? His new favourite shirt for sure.

What we’re actually doing:
It took about 75 pictures to get one of Seb kind of looking at the camera while standing by the chalkboard wall. He hated being forced to put on a new Spiderman t-shirt and actually cried. It looks like he’s smiling, but that’s only because my husband is showing him one of his favourite Youtube videos on the iPad behind my head.

About the Author: Jenn is a teacher, a wife, and mother to one energetic little toddler. She and her family live in Toronto, Ontario, Canada. You can find her blog at A Splendid Messy Life, on Facebook and sharing more of her  little white lies on Instagram.

Mary Katherine is a southerner, born and raised. Growing up in Alabama, she developed an affinity for lightning bugs, sweet tea, playing guitar, and having strong opinions. She's happily married with a son (Nugget) and two fur babies. Fun facts: MK is a living kidney donor, speaks a little Thai, and has written two novels.